The French army may have been defeated in WWII, but that doesn’t mean that the fighting stopped. Soldiers and everyday citizens took up arms to fight the German occupation. 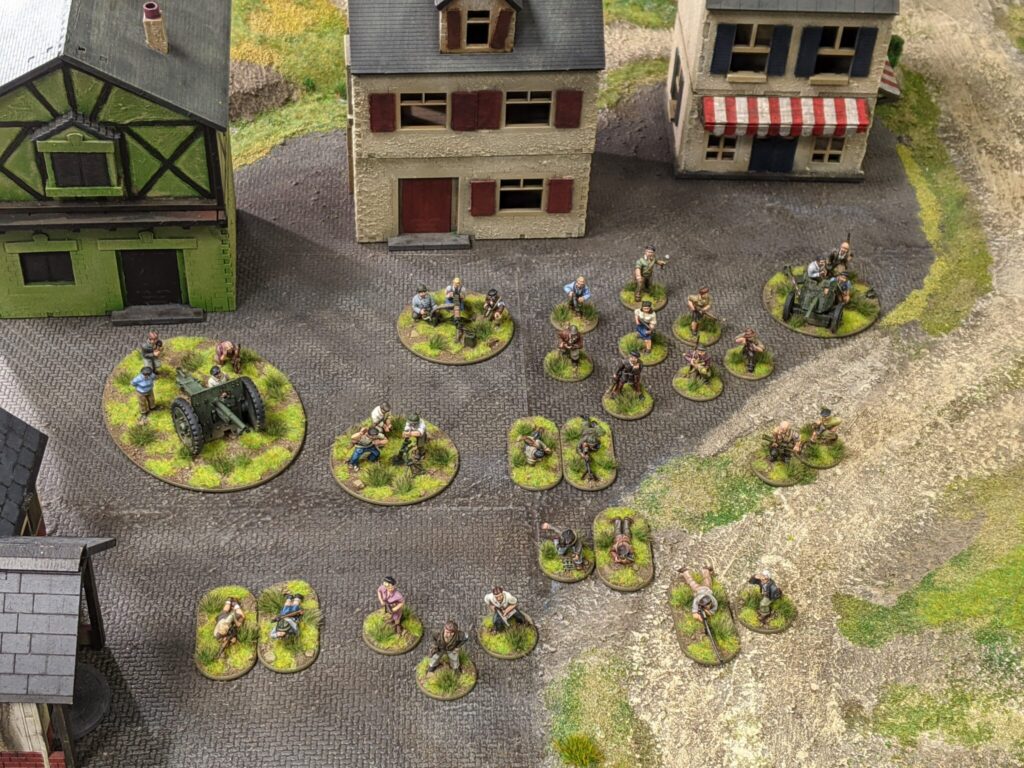 Organised resistance against the Germans began almost as soon as the ink was dry on the armistice. With the help of the British Special Operations Executive, groups of courageous French civilians began to band together to throw off the shackles of oppression. As the war raged on, these groups of partisans became bolder, undertaking increasingly daring acts of sabotage and assassination, despite the threat of horrific reprisals.

These new miniatures, sculpted by the talented Tomas Axellson, recreate the brave men and women of the French resistance in the summer of 1944. Donning their tri-colour armbands (adopted in the hope of giving the partisans some protection under the Geneva and Hague conventions), and arming themselves with weapons supplied by the SOE and captured from the Germans, these partisans are ready to disrupt Axis reinforcements and buy some extra time for the British and American forces fighting their way inland!

Every miniature in this new range is absolutely bursting with character – from the band leader making a rude gesture at the Germans, to the stylish young woman brandishing a captured MP-40. 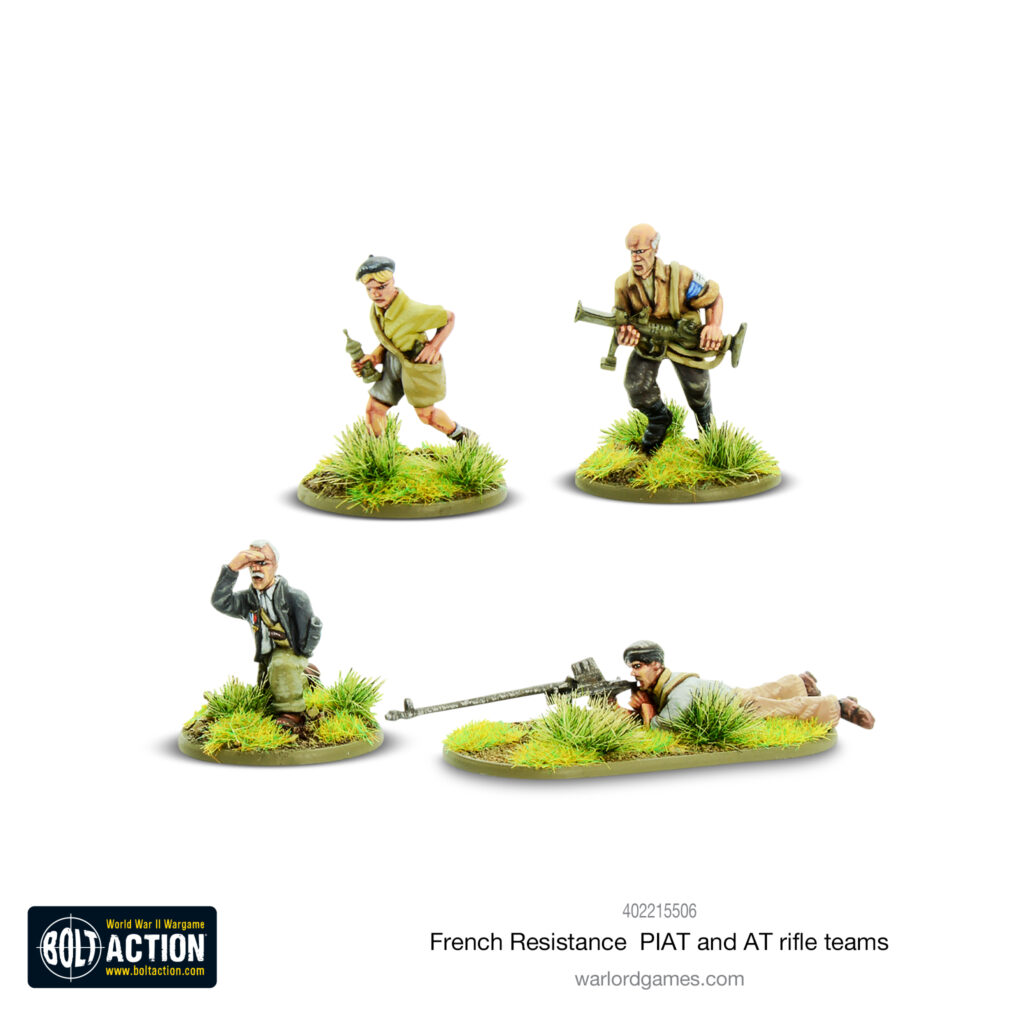 The leaders of the partisan bands tended to have prior military experience, which gave them an edge over the fresh-faced recruits that hadn’t even handled a rifle before. These grizzled veterans were often former military officers or had fought on the Republican side during the Spanish Civil War. One of our favourite miniatures in the range is the moustached commander in a battered leather jacket, with his beret at a rakish angle, firing his revolver from the hip!

On the battlefield, partisans prove to be tenacious and determined adversaries, making the most of their home-field advantage to outmanoeuvre the enemy or set ambushes. Partisan forces also get the ability to plant explosive devices on the battlefield before the action begins. If your opponent trips one of these homemade bombs, they hit like a heavy howitzer, able to make short work of even the toughest opponents. 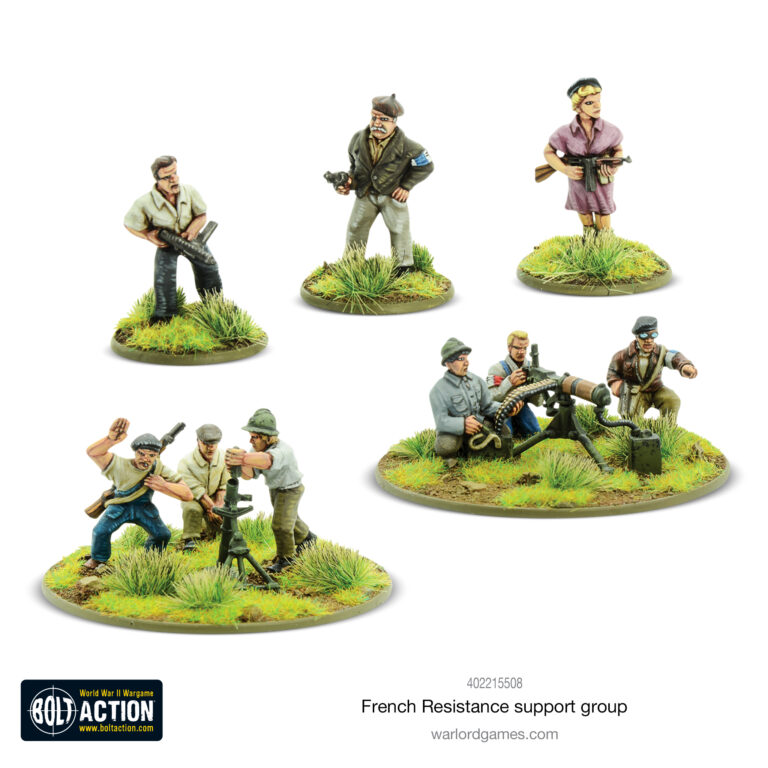