The world we see around us is just an illusion. Those in power aren’t just people, but are all manner of special, supernatural creatures. It’s into this strange world that you find yourself in the Defiant RPG. The game is up on Kickstarter now. 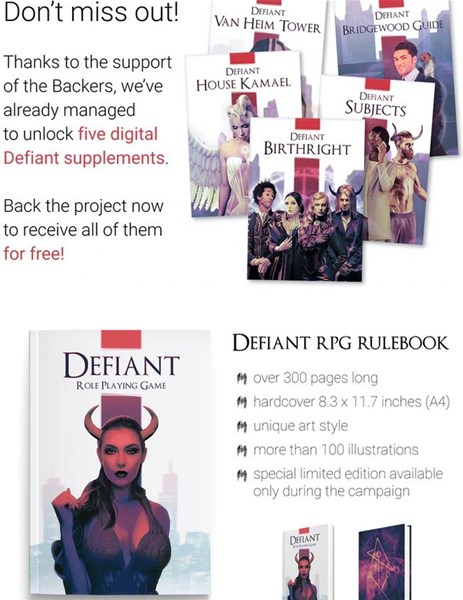 Defiant RPG is an urban fantasy game about the mighty, modern-day supernaturals, who rebelled against their destiny and, instead of destroying the world, decided to protect it. By enforcing a demanding set of rules, the Defiant aristocracy empowers protective seals around their cities, making them the only safe-havens in a world ravaged by the Apocalypse.

The campaign’s more than 4x funded but only has 5 days left to go.