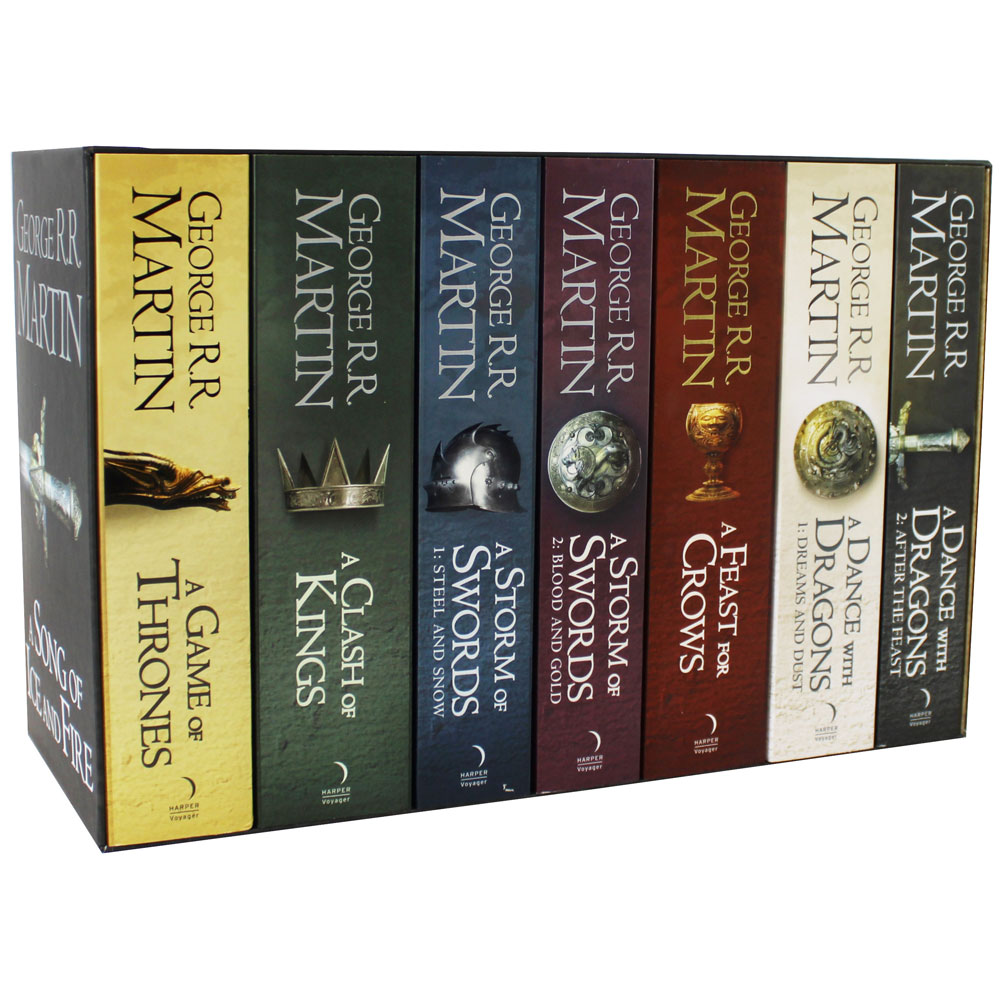 Part 2: History of A Song of Ice and Fire.

A Song of Ice and Fire takes place in a fictional world in which seasons last for years and end unpredictably. Nearly three centuries before the events of the first novel, the Seven Kingdoms of Westeros were united under the Targaryen dynasty, establishing military supremacy through their control of dragons. The Targaryen’s ruled for three hundred years, continuing past the extinction of the dragons. Their dynasty eventually ended with a rebellion led by Lord Robert Baratheon, in which Aerys “the Mad King” Targaryen was killed and Robert proclaimed king of the Seven Kingdoms. At the beginning of A Game of Thrones, 15 years have passed since Robert’s rebellion, with a nine-year-long summer coming to an end.

The principal story chronicles the power struggle for the Iron Throne among the great Houses of Westeros following the death of King Robert in A Game of Thrones. Robert’s heir apparent, the 13-year-old Joffrey, is immediately proclaimed king through the machinations of his mother, Queen Cersei Lannister. When Lord Eddard “Ned” Stark, Robert’s closest friend and chief advisor, discovers that Joffrey and his siblings are the product of incest between Cersei and her twin brother Ser Jaime Lannister, Eddard attempts to unseat Joffrey, but is betrayed and executed for treason. In response, Robert’s brothers Stannis and Renly both lay separate claims to the throne. During this period of instability, two of the Seven Kingdoms of Westeros attempt to become independent from the Iron Throne: Eddard’s eldest son Robb is proclaimed King in the North, while Lord Balon Greyjoy desires to recover the sovereignty of his region, the Iron Islands. The so-called “War of the Five Kings” is in full progress by the middle of the second book, A Clash of Kings.

The second part of the story takes place in the far north of Westeros, where an 8,000-year-old wall of ice, simply called “the Wall”, defends the Seven Kingdoms from supernatural creatures known as the Others. The Wall’s sentinels, the Sworn Brotherhood of the Night’s Watch, also protect the realm from the incursions of the “wildlings” or “Free Folk”, who are several human tribes living on the north side of the Wall. The Night’s Watch story is told primarily through the point of view of Jon Snow, Lord Eddard Stark’s bastard son. Jon follows the footsteps of his uncle Benjen Stark and joins the Watch at a young age, rising quickly through the ranks. He eventually becomes Lord Commander of the Night’s Watch. In the third volume, A Storm of Swords, the Night’s Watch storyline becomes increasingly entangled with the War of the Five Kings.

The third storyline follows Daenerys Targaryen, daughter of Aerys II, the last Targaryen king. On the continent of Essos, east of Westeros across the Narrow Sea, Daenerys is married off by her elder brother Viserys Targaryen to a powerful warlord, but slowly becomes an independent and intelligent ruler in her own right. Her rise to power is aided by the historic birth of three dragons, hatched from eggs given to her as wedding gifts. The three dragons soon become not only a symbol of her bloodline and her claim to the throne, but also devastating weapons of war, which help her in the conquest of Slaver’s Bay. 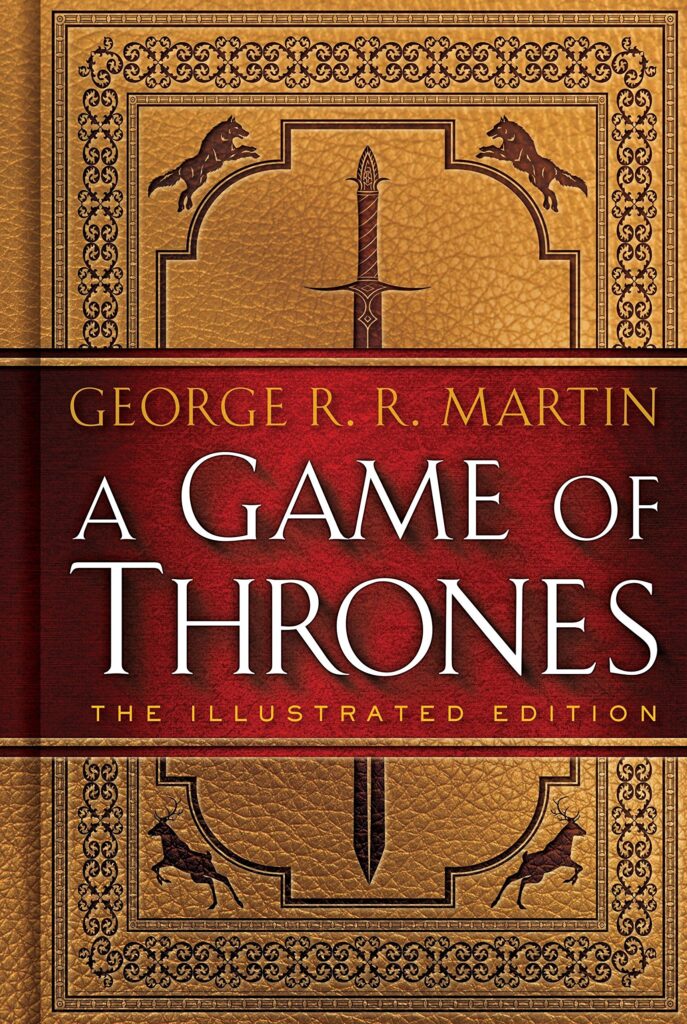 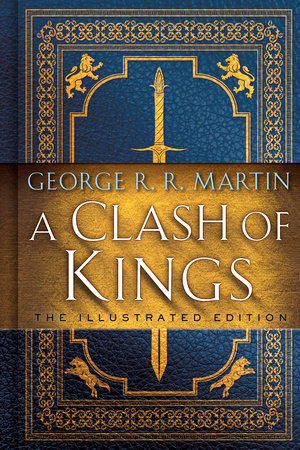 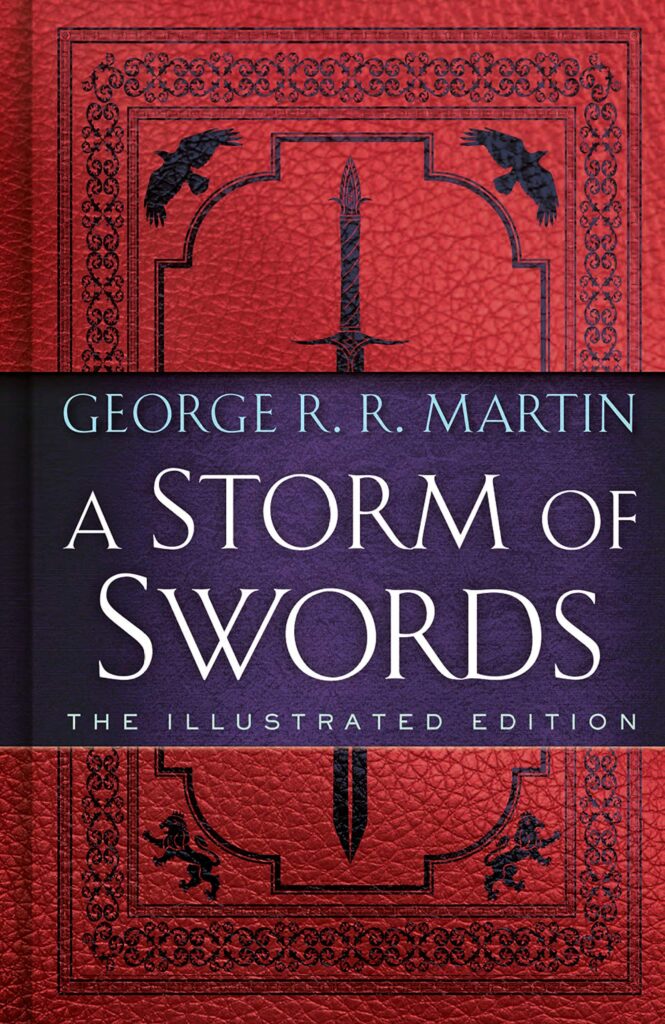 Modern fantasy may often embrace strangeness, but A Song of Ice and Fire series is generally praised for what is perceived as a sort of medieval realism. Believing that magic should be used moderately in the epic fantasy genre, Martin set out to make the story feel more like historical fiction than contemporary fantasy, with less emphasis on magic and sorcery and more on battles, political intrigue, and the characters. Though the amount of magic has gradually increased throughout the story, the series is still to end with less overt magic than most contemporary fantasies. In Martin’s eyes, literary effective magic needs to represent strange and dangerous forces beyond human comprehension, not advanced alien technologies or formulaic spells. As such, the characters understand only the natural aspects of their world, but not the magical elements like the Others.

Since Martin drew on historical sources to build the world of A Song of Ice and Fire , Damien G. Walter of The Guardian saw a strong resemblance between Westeros and England in the period of the Wars of the Roses. The Atlantic‘s Adam Serwer regarded A Song of Ice and Fire as “more a story of politics than one of heroism, a story about humanity wrestling with its baser obsessions than fulfilling its glorious potential”, where the emergent power struggle stems from the feudal system’s repression and not from the fight between good and evil. Martin not only wanted to reflect the frictions of the medieval class structures in the novels, but also explore the consequences of the leaders’ decisions, as general goodness does not automatically make competent leaders and vice versa.

A common theme in the fantasy genre is the battle between good and evil, which Martin rejects for not mirroring the real world. Attracted to grey characters, Martin instead endorses William Faulkner’s view that only the human heart in conflict with itself was worth writing about. Martin explores the questions of redemption and character change in the A Song of Ice and Fire series. The multiple viewpoint structure allows characters to be explored from many sides, such that the supposed villains can provide their viewpoint.

Although fantasy comes from an imaginative realm, Martin sees an honest necessity to reflect the real world where people, even beloved people, sometimes die ugly deaths. Main characters are killed off so that the reader will not expect the supposed hero to survive, and instead will feel the same tension and fear that the characters might. The novels also reflect the substantial death rates in war. The deaths of supernumerary extras, or of orcs or their equivalents, have no major effect on readers, whereas a friend’s death has much more emotional impact. Martin prefers a hero’s sacrifice to say something profound about human nature.

According to Martin, the fantasy genre rarely focuses on sex and sexuality, instead often treating sexuality in a juvenile way or neglecting it completely. Martin, however, considers sexuality an important driving force in human life that should not be excluded from the narrative. Providing sensory detail for an immersive experience is more important than plot advancement for Martin, who aims to let the readers experience the novels’ sex scenes, “whether it’s a great transcendent, exciting, mind blowing sex, or whether it’s disturbing, twisted, dark sex, or disappointing perfunctory sex.” Martin was fascinated by medieval contrasts where knights venerated their ladies with poems and wore their favours in tournaments while their armies mindlessly raped women in wartime. The non-existent concept of adolescence in the Middle Ages served as a model for Daenerys’ sexual activity at the age of 13 in the books. The novels also allude to the incestuous practices in the Ptolemaic dynasty of Ancient Egypt to keep their bloodlines pure.

Martin provides a variety of female characters to explore the place of women in a patriarchal society. Writing all characters as human beings with the same basic needs, dreams, and influences, his female characters are to cover the same wide spectrum of human traits as the males.