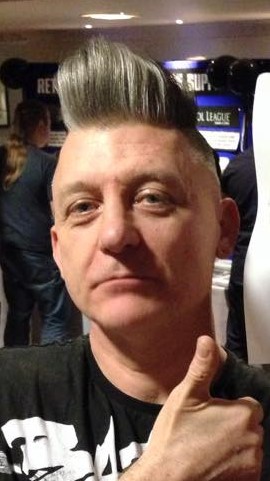 Over the years for many of us in the south east the face of Games Workshop has been Gary Hughes.

He is the defining anchor of the Warhammer hobby for many a veteran player as well as the new players. He has always been welcoming, friendly and enthusiastic. He is great with beginners as well as us seasoned gamers and I feel lucky enough to call Gary a friend.

Gary isn’t the luckiest of gamers, the dice always seem to fail him “unless it’s an intro game, then you see all the 6’s” but he always has a smile on his face.

One of Gary’s defining features is his gravity defying Rockabilly hair style. I’ve been to conventions all over the Uk and spoken to many a gamer and one thing that always comes up in conversation is what is our local store? Once they hear it’s a store in Kent and you mention the name Gary, the next word out of their mouths is always….. “Is the manager the guy with the Mohawk?”

Gary was nice enough to take a few minutes out of his very busy schedule this week to answer a few of my questions…..

How did you start working for Games Workshop?

I was walking to my local store to buy glue when I saw a job vacancy poster. I spoke to the manager of the store about the job and he talked me through the processes of the job and wanted to push me into the management program. I said that I wanted to work on the shop floor first to get a feel for the company; I ended up working in most of the games workshop stores around the south east. It was the perfect job for me; I was getting paid to do my hobby.

How many years have you worked for Games Workshop?

Over 25 years now. I must be one of the longest running members of the Games Workshop team outside of the design studio.

What got you into the hobby?

My first introduction to fantasy worlds was at primary school. My teacher would read us the Hobbit every day at 3pm. This is where I found a love for fantasy, dragons and wizards. I sought out other fantasy books and through these books I also found science fiction.

What are your favourite miniatures to paint?

Orcs! I like painting orc skin. It was easier to paint green when I started than it was to paint human skin.

Orcs! I love everything about Orcs, Orks and now Orruks. Even in the darkest of settings Orks still have that sense of humour and mischievous fun. Orks have this very simple but efficient society.  You know who’s in charge because it’s always the biggest Ork. Orks trade in teeth or teef “Orks use teeth as a currency, and Orks have lots of teeth ” so there’s no poverty in Ork society. Orks have this ability where if they believe in something hard enough it happens, so Orks get things done.

That would be Warhammer Quest from back in 1995. The starter box had amazing miniatures and there were so many expansions, new quest and characters. The game was also supported in White Dwarf magazine where new quests, monsters and even terrain tiles were included. Warhammer Quest was everything I wanted in a game; I just wish it had come out earlier so I had longer to play it.

What’s your favourite of the modern Games Workshop games?

Probably Warcry, again it’s got a great starter set with everything that you need to play. The game play is action pact giving you the ability to use terrain to your advantage and even jump off higher levels to attack the enemy.  It’s like chess, easy to learn but hard to master. In my personal opinion it’s like the old Mordhiem game but better.

Do you have any hobbies outside of miniature wargaming?

Im really into music and everything to do with music. I love the live music scene, you can’t beat being at a gig with friends and family, I used to DJ as a hobby and I play the drums whenever I get the chance. Im also an avid vinyl record collector and I’m always on the hunt for a good deal on that rare pressing.

And I have to include the family, I try to spend as much time with them as I can and  I’m always trying to keep up with my boys

Gary continues to work for Games Workshop to this day and we hope he will be there for many more years. 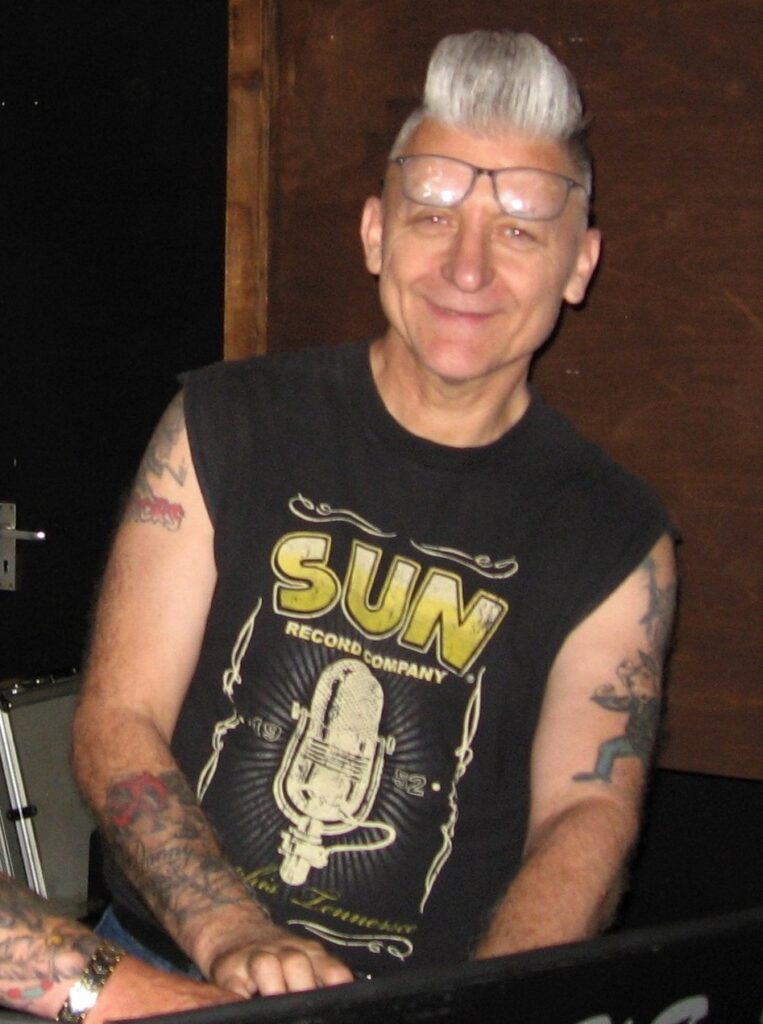