Why You Should Read… Eisenhorn: Xenos

Hey there, Carl here from the Burning Beards Studios team with the first of my article series, aptly titled ‘Why You Should Read…” starting out with the first of one of my favorite series of novels, Eisenhorn: Xenos by Maidstone-based author Dan Abnett. 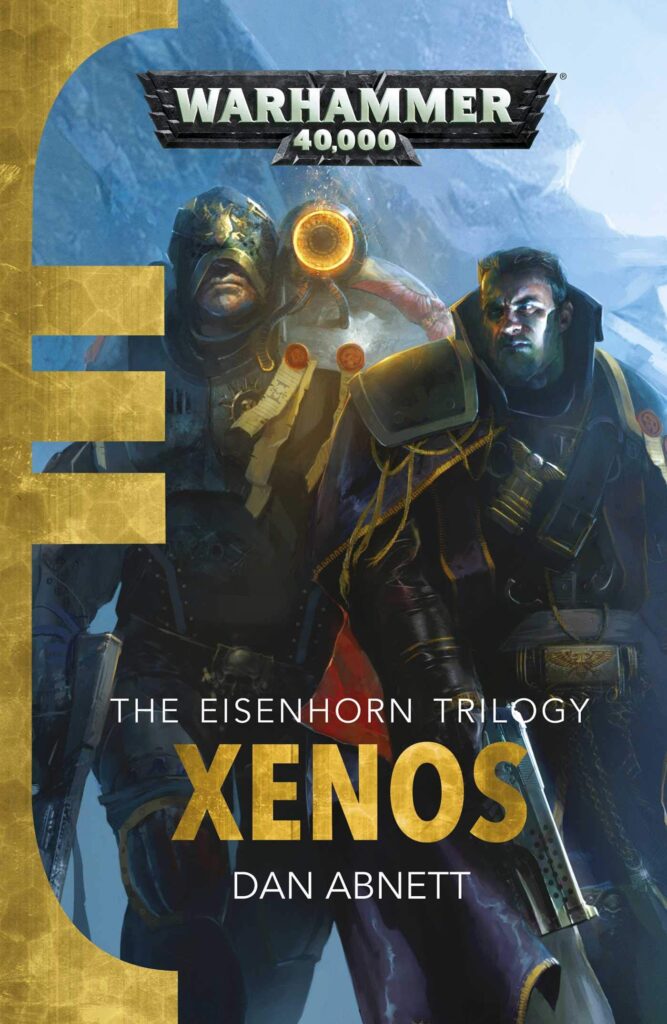 The most apt summary of Gregor Eisenhorn, our protagonist for the series bearing his name would be: take a Sherlock Holmes novel, put it into the grimdark galaxy of Warhammer 40,000, give Sherlock Holmes psychic powers, guns and a lightsaber and dark-god-worshiping Moriarty figures to pit himself against, and you are more or less there. Gregor Eisenhorn himself works for the Inquisition, a clandestine order that ensures that sedition and interaction between humanity and any elements the Imperium of Man deem undesirable (Namely anyone that doesn’t agree with their totalitarian policies, the chaotic, corrupt, witches, xenos, etc.) does not escape unpunished. Assisting Eisenhorn is a cast of characters that form his retinue, and an array of other figures that often leave you ambiguous as to whether they are with or against Eisenhorn in achieving his goals, ranging from military officials, bureaucrats, ecclesiastical figures and even other Inquisitors to the demonic or alien. The main bulk of the narrative consists of Eisenhorn himself investigating a corrupt noble family and the terrible goals they are trying to achieve. This leads the protagonist and his retinue ever further down the rabbit hole of conspiracy and corruption within the Imperium itself, as well as posing plenty of questions as to who the real architects of the traitor’s diabolical plots are.

Where do I begin with this? I would argue that, to readers who have read other Warhammer40,000 novels or are at least familiar with the view of the setting from what is presented in army books and faction codexes, this novel presents an interesting look into ‘everyday’ Warhammer 40,000 and life in the setting. The daily lives of the normal citizens of the Imperium as well as society on various planets in the 40,000 galaxy are explored in ways that have not been done before, and Dan Abnett has done a wonderful job of setting the scene for a galaxy that is perhaps a little different from the norm presented to us, especially in the most popular slogan related to it that we are given. It turns out that ‘In the grim darkness of the far future, there is only war.’ is not entirely true, there are people living ‘normal’ lives, entirely oblivious to the horrors and wars that many of us often enact upon the tabletop or see described in other Black Library novels, and I personally found this perspective both fascinating and refreshing. It also does an excellent job of displaying the threats to the Imperium’s status quo both from without and from within, an area that is not explored as often in the Warhammer 40,000 setting.

Secondly, the plot of the novel itself I most certainly found compelling reading. As mentioned above, Eisenhorn: Xenos has a complex and deep interconnecting narrative that was more than enough to draw me in and want to read more and more. It left me desperate to find out where the different

elements of the plot lead. Each part of the novel presented me with answers to the immediate challenges Eisenhorn and his team faced, yet then posed newer and deeper questions such as ‘Who is this character? What are their aims? They with or against Eisenhorn, or neither, or both? Are they all they appear to be?’ This is further enhanced by two rather key factors; the first person narration and the compelling cast of side characters in the form of Eisenhorn’s retinue.

The first person narration is particularly something I enjoy, as it gives you the perspectives, thoughts and insights of our titular character and how he views the universe around him. From his opinions on his faith, his work, the Emperor, the Imperium, Chaos and the other characters he interacts with it really lets you feel immersed and engrossed in the story, as well as giving you a sense of personal attachment to him as a character despite his flaws. You are quickly made aware that while he is certainly an extraordinary individual compared to baseline humanity thanks to his mind, psychic gifts and excellent training, there are still powers far greater than he that are a challenge to overcome such as the more supernatural antagonists present in the novel, as well as the alien environments he is presented with. At no point do things ever seem easy or as they seem, and this is further hammered home from Eisenhorn’s point of view.

Now, the supporting characters is another area that this novel particularly shines in. We start out being introduced to Eisenhorn himself and his companion, Vibben, who we learn precious little about before she exits the novel in a particularly violent manner, just to hammer home to us that this is still a fierce, dangerous galaxy and that no-one is particularly safe from death. We are then introduced to Uber Aemos, Eisenhorn’s information-addicted savant who often provides great comic relief with his strange blend of wisdom and knowledge but is naivety of the practical galaxy. Midas Bettancore, the aforementioned Vibben’s lover and pilot of Eisenhorn’s atmospheric ‘gun cutter’ sub-orbital craft, who dresses in an exotic jacket and uses equally exotic weaponry as well has having particularly interesting cybernetics related to his personal craft gives perspective with his grief at Vibben’s loss as to the life that these characters have signed up for and the risks involved, which helps continue to build an interesting perspective on the events unfolding. Soon afterwards, we meet Godwyn Fishig, a member of the Adeptus Arbites (Think space gestapo, and you are about there) a no-nonsense, direct, by the book sort of character that provides a good contrast to Eisenhorn’s tendency towards a more subtle approach but more forceful when necessary, and Alizebeth Bequin, an interesting character in that she has a very rare trait in the 40,000 universe where she can block the psychic powers of others with her mere presence, amongst other things, who starts as a naive woman saved from a life as a pleasure girl thanks to her pariah gifts, and goes through arguably the greatest development over the course of the novel as a whole as her experiences begin to shape her character. Finally, in the cast of ‘main-side characters’, we meet Tobias Maxilla, a ship captain and rogue trader who has a Jack Sparrow-esque charm to him and a suitably flamboyant persona to match, which contrasts well with the more serious nature and work undertaken by our protagonist. This motley collection of side characters all have their own distinct personalities, goals, motivations, strength and weaknesses that make them all equally important parts in the cohesive unit that is Eisenhorn and his retinue, each character contributing something that makes them compelling to read about.

In summary, I would say that Eisenhorn: Xenos is most certainly worth a read. The distinctly different take on a galaxy that many wargamers will think they are familiar with is welcome and perspective-broadening in all the right ways, while being laced with enough concepts that you are familiar with to make it still feel like the setting that you know. This ground-up approach to the setting also makes it an ideal place to jump in to the Warhammer 40,000 setting in terms of Black Library novels, as it puts a good level of perspective on the power levels of various elements of the setting such as psykers, baseline humans, psychic blanks, daemons, xenos and Space Marines (believe me, when the Space Marines turn up, you know things have got serious). The narrative and narration itself really draws you in and makes you want to know what is going on and only makes you want to learn more about the setting and the characters we are presented with, and thankfully as the first of a long series of inter-linked novels, there is plenty more to read for those sufficiently ensnared, I know I was! 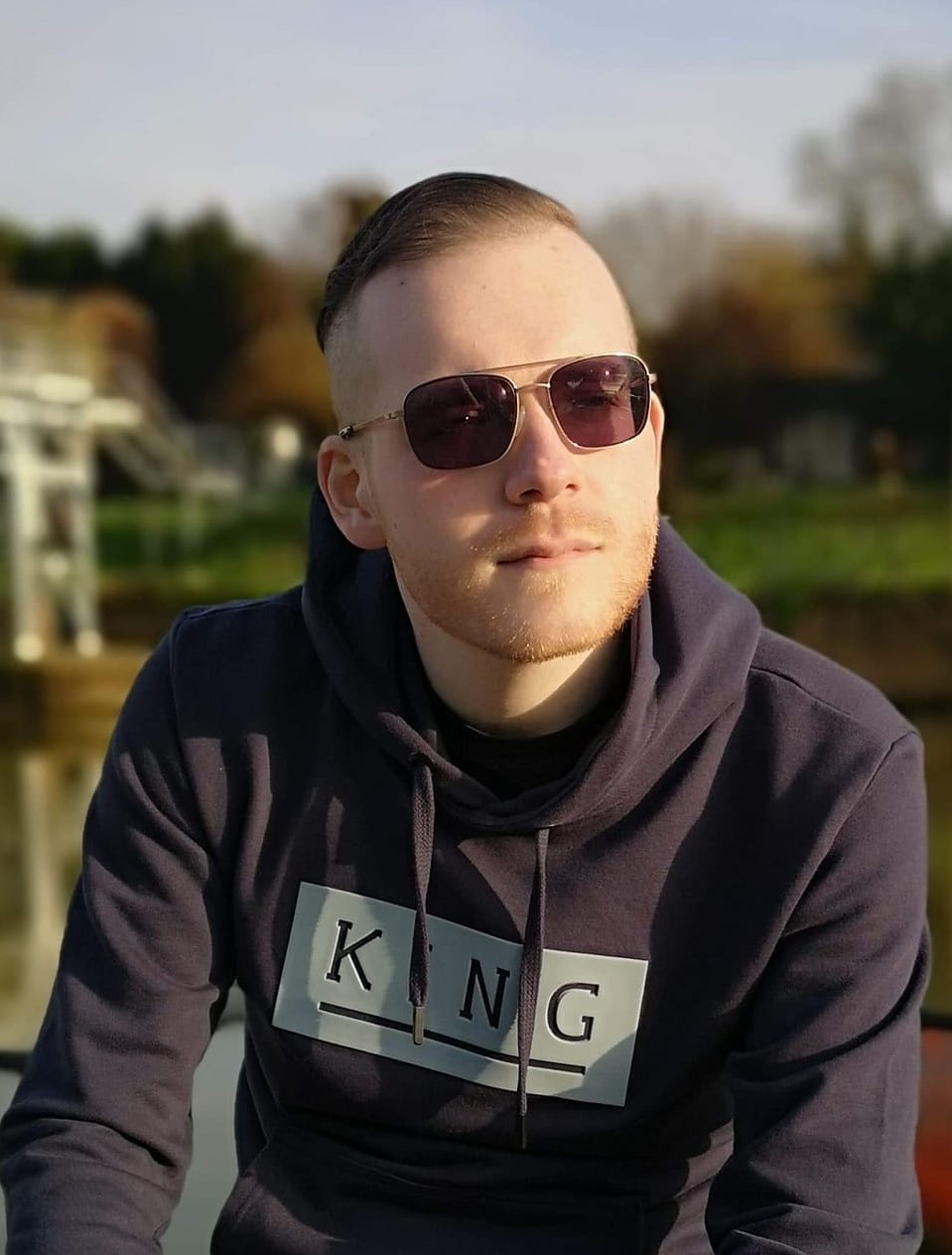